Conundrum Of Distinctiveness – Can Protection Be Granted To N95 As A Trade Mark? 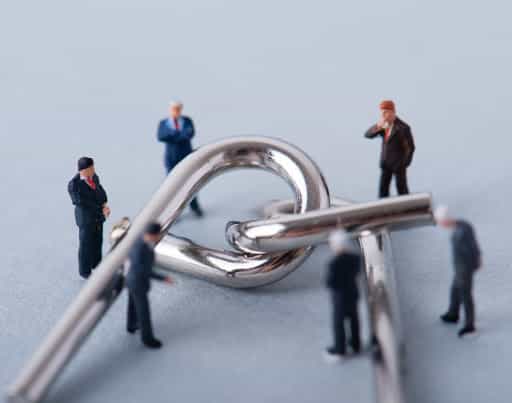 The Hon’ble Intellectual Property Appellate Board (the “IPAB”) recently in the case of Sassoon Fab International Pvt. Ltd. v. Sanjay Garg, ordered an interim stay of operation of registration of the mark “N95”, stating that N95 is a generic term. The petition for order of stay of operation was filed by Sassoon Fab Pvt. Ltd. (the “Applicant”), in addition to a Rectification Application made in accordance with section 57 of the Trademark Act, 1999 (the “Act”) the removal of the “N95” label in class 10 registered in favour of Mr. Sanjay Garg (the “Respondent”) under Registration No. 4487559.

Sassoon Fab International Pvt. Ltd. a manufacturer of respiratory masks claims to have bonafidely adopted the name N95 to describe their products. They were registered sellers on Amazon.in and sold its products including N95 masks from the said platform. However on 20.11.2020 they received an email informing that their masks had been de listed from the amazon website consequent to a complaint filed by Sanjay Garg and trademark under Registration No. 4487559 was claimed to be infringed.

In response to Amazon’s removal of the Applicant’s products, the Sassoon Fab International Pvt. Ltd filed petitions with the IPAB requesting stay of order of operations with regards to the Sanjay Garg’s ‘unlawfully obtained’ trademark registration and for removal of the “N95” label from the Register.

THE LAW OF DISTINCTIVENESS

Distinctiveness is the hallmark of Trade Mark Law. Section 9(1) of the Act sets down the following absolute grounds for refusal of registration, according to it,

a)trademarks which are devoid of any distinctive character; that is to say, not capable of distinguishing the goods or services of one person from those of another person;

b)trademarks which consist exclusively of marks or indications which may serve in trade, to designate the kind, quality, quantity, intended purpose, value, geographical origin ,or the time of production of goods or of rendering of services, or other characteristics of goods or service,

c)trademarks which consist exclusively of marks or indications which have become customary in the current language or in the bona fide and established practices of the trade:

The expression ‘distinctive’ in relation to goods in respect of which a trademark is proposed to be registered means adopted to distinguish goods, with which the proprietor of trademark is or may be connected in the course of trade, from goods in case of which no connection subsists. Distinctiveness has been understood to mean some quality in the trademark which earmarks the goods so marked as distinct from those of others. A mark which has a direct reference to the Character or quality of the goods/service is considered as inherently not capable of distinguishing. If the mark consists of common surname, name, name of place, section of society, common geometrical devices, etc are not regarded asCapable of distinguishing the goods or services. The fundamental principle is that “traders should not obtain any monopoly in the use of words as trademarks to the detriment of the members of the public, who, in the future and in connection with their goods might desire to use them”

Under Section 9(1)(b)of the Trade Marks Act, trademarks which consist exclusively of marks or indications which may serve in trade to designate the kind, quality, quantity, intended purpose, values, geographical origin or the time of production of the goods or rendering of the service or other characteristics of the goods or services” shall not be registered.

The expression “kind” would include the name of the goods or services claimed and any words recognized as indicating size or type, such as “old”, “new” “Extra large” or “Large” or “Small” would fall in this category and as such objectionable in respect of any goods or service.

Laudatory words such as GOOD or BEST are not registerable for any goods or services since all traders should be equally free to use them in the course of advertising their products.

Words which refer directly to the use to which the goods are put or which describe the consequences of providing the service are not acceptable. Examples are: KETTLE CLEAN for preparations for cleaning kettles; TWIST AND CURL for hand implements operated by a twisting action for curling the hair; SLIM AND FIT for slimming preparations. Words which describe the effect of the goods / services would also be open to objection as a characteristic of the goods /services, for example RUSTFREE for paints; and articles made of steel.

Words or symbols which merely serve to indicate the worth merit or importance of the goods or services are not acceptable. Examples are “TWO FOR ONE; WORTH THEIR WEIGHT IN GOLD.”

DECISIONS REFERRED BY THE IPAB

The IPAB first placed its reliance on Nestle’S Products (India) Ltd. vs P. Thankaraja And Anr., AIR 1978 Mad 336, where the disputed mark was INSTEA. The High Court of Madras opined that INSTEA”has the tendency to monopolise all manufactured tea which goes by the generic description of ‘instant tea’ or ‘instantaneous tea” and on this rationale the Court set aside the registration.

The second precedent that the IPAB looked to was Cadilla Healthcare Ltd.v/s.Gujarat Co-operative Milk Marketing Federation Ltd. and Ors, 2009 (41) PTC 336 (Del.) (DB) in which the disputed mark was Sugar Free. It was discussed that generic term is only entitled to protection on the ground that it had acquired a distinctive character in the minds of customers and had acquired a well known status, same will be depending upon case to case. And thus in general the generic mark is not entitled to protection. Thus, while refusing to accept that ‘Sugar Free’ is a coined term having unusual connotation, the Court set itself to ascertain the alleged ‘distinctiveness’ by looking into the range/circumference of the consuming class of the product. In the Court’s opinion, there was established a considerable distinctiveness of Cadila’s mark among traders, medical practitioners and the affluent class of India. While it may be accepted that Cadilla had been successful in establishing distinctiveness of its trademark in respect of a select class of people, it still could not prove why an embargo should be placed on the defendant from absolutely using the same expression not as a trademark but in its descriptive or laudatory sense.

In Jain Riceland Pvt. Ltd. v/s. Sagar Overseas, CS(COMM) 796/2016, the disputed mark was SWAD where the Delhi High Court laid down the dictum that that the generic word cannot acquire distinctiveness.

The IPAB also relied on the recent decision of the Madras High Court in ITC Ltd v. Nestle India Limited where it was stated that the mark ‘Magic Masala’ was not a descriptor of the product but rather a laudatory expression, and the same cannot be given monopoly or protection. Further, the Court held that the terms ‘Magic’ and ‘Masala’ are commonly used terms by different manufacturers in the packaged food industry and it would be unfair to confer monopoly over the same expression. The same has been appealed and tested in the division bench of the High Court and has succeeded and therefore the ratio stands.

DECISION OF THE IPAB

On consideration of the law and facts, the IPAB opined that N95 is a generic term in the mask industry and the same is not capable of being neither registered nor protected as a trade mark. Nor can the mark be appropriated by one single entity. The IPAB seceded that the term N95 further serves as an indicator in the trade to designate the kind, quality, intended purpose and other characteristics of the particular product which is nonproprietary in nature and therefore the registration of the impugned mark was thus barred under the absolute grounds of refusal under Section 9 (1) (b) of the Trade Marks Act, 1999.

The IPAB goes on and states that the wording N95 in the registered mark is descriptive of a characteristic of the masks, specifically that they filter at least 95% of airborne particles and are not strongly resistant to oil is a standard and is a class of respiratory devices and thus is a generic term . A generic term is one that refers to the genus of which the particular product is a species. Thus, N95 is an industry standard, due to the renown of the certifying standard named in the generic mark N95, the Respondent No.1 cannot monopolize the said N95 mark in commerce.

The IPAB also placed great consideration of the dishonestly factor and stated that the Respondent had dishonestly registered the mark N95 and was blackmailing the genuine users of the same. The IPAB termed the Respondent as a squatter who does not have any bona fide intent to lawfully use the applied-for mark in commerce.

Over the time, the IPAB and the courts have consistently reiterated that generic terms and descriptive words shall not be granted trademark protection unless they have acquired some level of distinctiveness. This is yet another example for the books which shows that the courts are not willing to support owners of descriptive marks, especially to those who attempt to register their marks with malafide intentions. The impact of the issue in hand was amplified by the COVID Pandemic which the Respondent chose to make his business out of and fact that the goods in question relate to public health, which made the IPAB take strict measures to protect both genuine traders and the general public at all costs.