Validity of Non-compete and Non-Solicitation clause 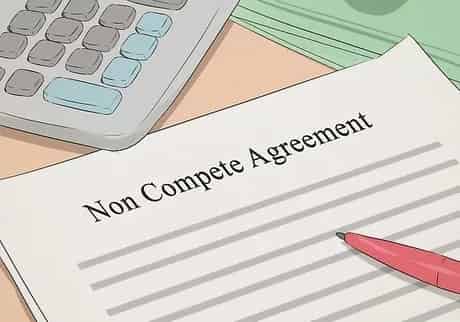 The Non-Compete and Non-Solicitation clauses are well established in Contractual Laws in any partnership between two parties where one side is the employer and the other is the employee. Under the non-competitive provision, the employee undertakes and respects the employer’s obligation not to compete with the employer’s employees in the existence and lives of the employer’s employees when employed, or even after the employee leaves the company’s facilities / employment. These two clauses can be found all over the world in agreements and contracts. If we look at the Indian legal stance on non-competitive deals, we can see that they are prohibited under the Contract Rules. Non-Compete clause and Non-Solicitation clause is found in almost every employment agreement.

Non-Compete agreement or clause is used as a restriction that prevents an employee who leaves a company from working for another company involved in the same business activity.
Illustration
If A is an employee of a company which as a shoe manufacturing businesss. As per this clause A cannot start his own business of shoe manufacturing after leaving the company he was working for.

Non-Solicit refers to a clause or agreement that restricts an employee from trying to get other employees to leave the company to work someone else.

If A is working in a company called xyz shoe manufactures. He has three friends named F, G and H. After leaving the company or even during his working period he cannot convince/induce his friends to join another company.

Section 27 of Indian Contract Act, 1872 is said to govern these two clauses. Section 27 says, “Agreement in restraint of trade, void- Every agreement by which any one is restrained from exercising a lawful profession, trade or business of any kind, is to that extend void.” This means that every agreement that is in restraint of trade shall be void. This renders Non-Solicitation clause and Non-Compete agreement to be void. This means that if any person has these two clauses in his employment agreement, he is not bound by law to follow them.
The question to be asked is why people are still obligated to follow these two clauses.

The Supreme Court in this case held that a restrictive covenant that restricts a person from his future liberty to deal which persons he chooses for his endorsements, promotions, advertisements or any other affiliations and such type of restrictions extending beyond the tenure of the contract clearly goes against the Section 27 of the Indian Contract Act and is said to be void.

In this case it was held that under Section 27 of the Indian Contract Act, a restrictive covenant extending beyond the term of contract is void and not enforceable. The doctrine of restraint of trade does not apply during the continuation of contract for employment and it only employs when the contract of employment ends.

Delhi High Court in this case held that non-solicitation clauses are valid in India. This clause as per judgment is valid during the tenure of the employment and even after termination of the employment. This means this kind of restriction us upheld by the law during the time of employment and also post-employment period. There has to be a reasonable time which has to be given in the agreement for the restriction of non-solicitation after the termination of employment.