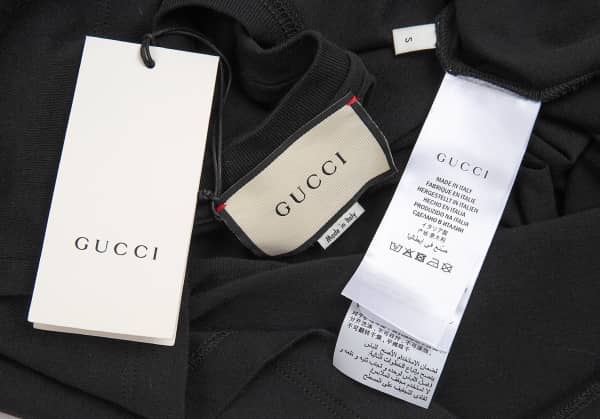 The cases of trademark infringement and passing off are not new or of recent development. It has been there even before the laws regarding IP protection came into existence. Though several people were held guilty for infringement, the trend is still continuing. One such recent trademark infringement case that caught our attention was the case of Gucci v. Intiyaz Sheikh. The facts and the decision of the case is analyzed in the present article.

The plaintiff in the instant case is ‘Gucci’, a leading fashion power house in the world. And the said mark Gucci had obtained it’s legal registration way back in 1980. It started using the name Gucci even before that in the year 1921 when the company was founded. It’s mark and logo of green and red stripes are legally protected to date.

The plaintiff filed an infringement and passing off suit against Shipra Overseas, owned by Intiyaz Sheikh for deliberately using the identical logo and mark to produce socks and other counterfeit products. The Plaintiff moved to the Delhi High Court against the defendants seeking permanent injunction, trademark, and copyright infringement and passing off. Along with it, it also filed for granting of interim injunction and appointment of a commissioner to visit the defendant’s place and confiscate all infringing materials.

On April 24, 2019, the district court passed the order of interim injunction and also appointed a commissioner to inspect all accounts and to confiscate all infringing materials. At the same time, summons was sent to the defendants.

Later on, it was found out that the summons could not be duly be served as the premises were locked, and thereby the court ordered the plaintiff to serve the summons again, and if not served then to place it at conspicuous parts of the defendants place.

On the day fixed for appearance, the defendant did not appear and contended that the summons was not served. On this the court observed that, every possible means to serve the summons was adopted by the plaintiff and it was also communicated to the legal representatives who were present at the time of inspection by the commissioner.

The court then in the issue of infringement ruled the judgement in favor of the plaintiff and passed the permanent injunction. It also ordered the defendant to pay rupees 2,00,000 as damages caused to the plaintiff.

As regards to the delivery up, the court asked the defendants to deliver all infringing materials to the plaintiff for destroying, erasure etc.

Here in my opinion, delivery up of goods is not likely to happen as clearly the premises of the defendant were shut down. So chances are there that the defendant absconded with the materials. There must be also provision for preserving the materials as if the interim injunction is not passed and the defendant wins ultimately, then the goods can be returned back or vice versa. Thus, one must be careful while selling or trading in such business. If the owner finds out that such infringing materials are in circulation in the market then unnecessary burden falls on the defendant.