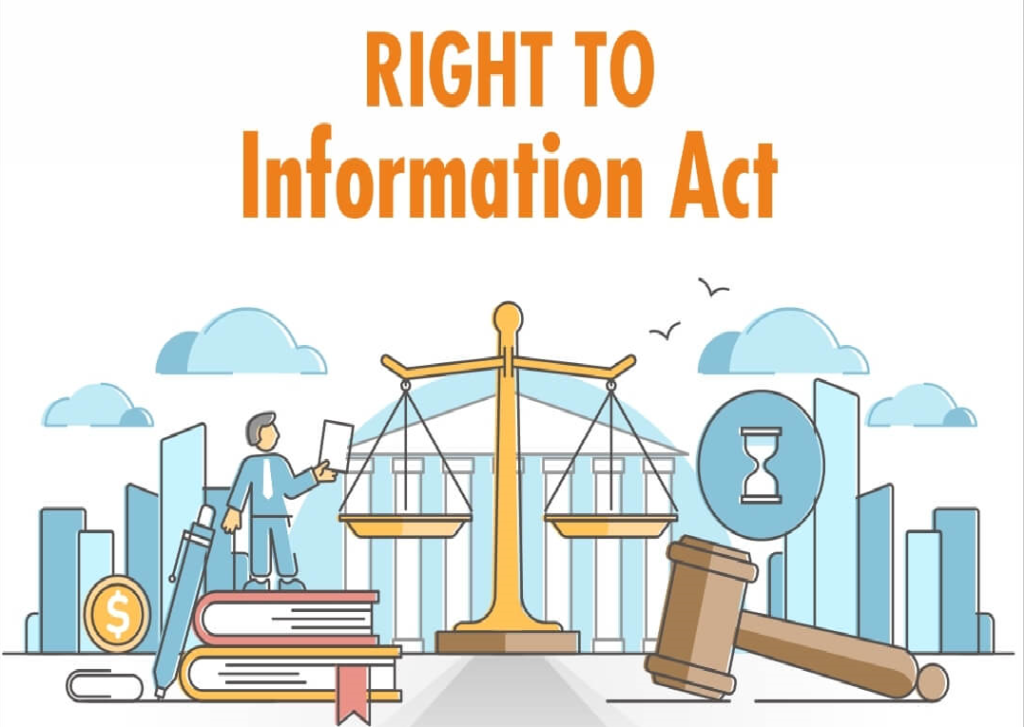 Right to privacy and Right to information are the two important sides of a democratic set- up yet they are the most conflicting aspects of democracy. On one hand privacy is the protection of the individual’s autonomy and personal relations and covers a wide spectrum of principles under it and on the other hand, it is a well established principle that right to information in any democratic country is a stepping stone to achieve transparency and to make the government accountable for their actions. And in this the success of democracy lies.

In the case of Uttar Pradesh v. Raj Narain , the Supreme Court held that the citizens of the country have the right to know the acts discharged by the public authorities. This right to information is enshrined under Article 19(1) (a) and forms an essential part of freedom of speech and expression.

The Supreme Court in the case of S.P Gupta v. Union of India reiterated that “in the efficient functioning of the government, the disclosure of information is a general rule and secrecy must be an exception and that exception is justified only in the interest of public nature.”

Right to privacy is not expressly mentioned anywhere in the Constitution but it finds its place under the wide sphere of Article 21 (Right to Life and Liberty). In Justice K. S. Puttaswamy v. Union of India, the court observed that ‘privacy is the right held by an individual to keep his autonomy and the right to control the vital aspects of his life.’ A thorough understanding of these two concepts enable us to identify the importance of both in a democratic country. It must also be noted that these two rights are not absolute in nature. There are certain exceptions including public interest as one where this protection is lifted. The RTI Act, 2005 essentially brings out a balance between both right to information and exception to such right. This article covers various developments in the RTI along with the right to personal information sought.

Right to Personal Information sought and RTI Act, 2005-
The Right to Information Act, 2005 is a comprehensive and one of the most important legislation which protects the fundamental right to information and provides a structured mechanism for its realization. It was promulgated on July 15, 2005 and came into force on October 12, 2005.

For example, if the information sought is for clarifying the doubt regarding the integrity of any person occupying the public place, then the financial assets and liabilities of such person should be necessarily be disclosed. In another situation, if there is any allegation as to the appointment of any person in a public post then inquiry will be done as to his qualification or experience. Now these two situations falls under the category of exception provided under section 8(1) (j).

The expression ‘personal information’ essentially covers information regarding the person’s address, physical and mental status, financial status, hobbies, interests etc. These are confidential in nature when it absolutely has nothing to do with the acts of public nature. Here, ‘public interest’ means the general interest of the community.

RTI (Amendment Act) 2019-
The government on October 24, 2019, notified the Right to Information (Amendment Act), 2019. It is frowned upon by several RTI activists, jurists and citizens alike as a legislation which has lot of inconsistencies and that it will eventually make the right to information and transparency opaque. Several amendments were brought in which are inconsistent and vast powers are given to the Central Government. With respect to the tenure of Central Information Commission which was fixed at 5 years, now the Central Government will decide the tenure. Also section 16 (1) and 16 (b) of the RTI Act, 2005 was amended and again the Central Government will fix the tenure of State Commissioners instead of the fixed tenure prescribed in the original Act. The salary, allowances and other terms of services will be determined by the Central government (Sec 2 (c)). Section 4 of the amendment Act gives absolute power to the Central government in rule- making replacing section 27. It is worth to note that while the 2005 bill was introduced, there was a provision for appointment of a Deputy Commissioner who will be under the general superintendence of the Central Government. However, the standing committee suggested the removal of the same owing to the likelihood of undermining the independent functioning of the authority. The same was accepted back then. Making the CIC equivalent to Supreme Court in terms of salaries and other terms and conditions, actually lead to making the RTI more independent instead of making them mere agents of Central Government. The federal structure of the country like India is also undermined by the amendment by inserting the provision that State Information Commissioner would no longer be accountable to the State Legislature.

The present scenario is far worse than we can imagine. Around 2.2 lakhs cases are pending at the Central and State Commissions as per the report published by Satark Nagrik Sangathan and Centre for Equity Studies. This glaring situation is only fuelled by non- imposing of penalty on the public officers in most of the violations that have taken place. Additionally, another report of SSN- CES 2018- 19 also stated that a whooping number of former government employees were appointed as public officers under RTI. This undermines the autonomy of the body.
The COVID- 19 induced pandemic has worsen the situation, the number of pending appeals have risen and technical issues were also a reason for such delay.

Analysis and Conclusion-
Increasing the powers and dependence on Central government will undermine the autonomous functioning of the RTI. The original Act made it independent only to make the process of realizing the fundamental right of freedom of speech and expression easily accessible, cheap and to revive the accountability of the Government by releasing RTI from the clutches of the Government. However, the amendment Act has paved way for controlling RTI as per the government’s whims and fancies. It is pertinent to make it autonomous for achieving the real object behind such enactment. Another aspect that needs to be examined is the protection of federal structure of India. The amendment has restricted the powers of the States. Here, it is the judiciary who can take some actions to prevent the degradation and uphold the integrity of the RTI Act and also to repeal the provisions under RTI Act which are unconstitutional and repugnant to the objectives of the Act. A well informed citizen is the back bone of our country and essentially the ‘democracy’. The present confusions and chaos surrounding the amendment must be removed as soon as possible and also stringent actions must be taken for the protection of RTI activists who are threatened and harassed when they raise their voices. As rightly stated by “Peter Drucker”, “The purpose of information is not knowledge. It is being able to take the right action.”

Summary- Section 8(1) (j) of RTI Act is an exception to the right to information which says that when the information sought is personal and not connected to the public duty in any way, such information is not required to be given to the seeker.