Theory of Passing Off In Trademarks

PrevPrevious PostWho can file patent for you in India?
Next PostTrademark Infringement remedies – Deceptive Marketing and Legal Remedies Available Against the SameNext 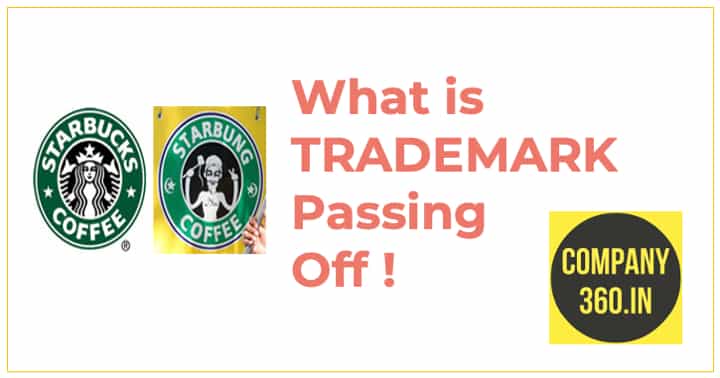 Before directly diving into the concept of passing off under the trademark, let us understand as a layman what does the term “trademark” means and how the offence of passing of is committed against a trademark.

A trademark can be said to mean any word, symbol, abstract, mark, slogan or a mixture of all or any of the above which is legally protected and selectively differentiates the product out of the others in the market. A very familiar example of the same could be the sign of a “Tick” which depicts the logo and brand name of the famous sportswear brand “NIKE”.

Now, “Passing off” has not been expressly defined anywhere in the Trade Marks Act but there is a plethora of judgements which have clearly laid down the concept of Passing off of trademark. “Passing off” is the most old hypothesis of unfair competition. Passing off happens when the respondent says something or portrays that the merchandise or administrations are subsidiary or originated from the offended party i.e. the plaintiff. There can be immediate or indirect false portrayal of the product or service in such manner. The infringement of the trade mark is done by such a method that the mark in dispute is not only deceptively similar to that of the other brand but also is able to create a sense of confusion amongst the minds of the customers. Such portrayal ultimately results in damage of the company’s reputation and also is responsible to cause monetary damages to the company. The basic premise on which this common law remedy is founded is that no man, either knowingly or unknowingly, is entitled to represent his goods or business as being the goods or business of another A case of a direct portrayal is the point at which the merchant/respondent shows the items are really from offended party. It can happen by implication when a client or a customer puts in a request for offended party’s items, yet the request is really loaded up with respondent’s items. Passing off can also be said to mean misrepresentation of plaintiff’s goods or products. When one person commits the offence of passing off, he takes away the unfair benefit of the goodwill of the plaintiff company. He tries to enjoy the reputation of the plaintiff and deceives the innocent buyers into believing that the product actually belongs to the plaintiff.

The same principle has also been acknowledged in Indian jurisprudence as well. In the case of Ellora Industries v Banarasi Dass the Delhi High Court, when required upon to define the parameters of this remedy, contended that: “The gist of the conception of passing off is that the goods are in effect telling a falsehood about themselves, are saying something about themselves which is calculated to mislead”

To be subject for “passing off” a respondent must recreate the offended party’s product imprint, exchange dress or exchange name and offended party can show proof this created a probability of turmoil. No appearing of expectation is required.

The essential elements of a traditional passing off claim (often called the “classic trinity”) are:

(1) goodwill-an ill-defined term that refers to the consumer’s desire to purchase goods because of their association with a mark,

(2) Misrepresentation as to source, and

(3) A likelihood of damage to goodwill as a result of the misrepresentation. In its classic form, passing off occurs when a merchant places a competitor’s trademark on goods or services in order to deceive or confuse the rival’s customers into purchasing the mis-labeled goods.

PrevPrevious PostWho can file patent for you in India?
Next PostTrademark Infringement remedies – Deceptive Marketing and Legal Remedies Available Against the SameNext