Who can be honest concurrent user in trademarks

PrevPrevious PostPatent assignment deed for dummies
Next PostWhat are grounds of trademark infringement in India?Next 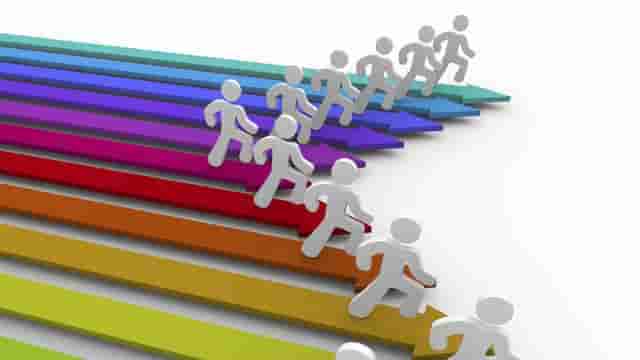 Trademark is a kind of intellectual property rights representing a symbol, word or words unique to a product or company which is registered under Trademarks Act, 1999. It grants protection to the registered owners against others to misuse their unique identity. Any person who uses similar or identical registered marks with the intention to deceive others shall be deemed to have infringed the laws and will be subjected to legal consequences. However there are certain circumstances where a person may be allowed to use identical or similar trademarks if they fulfil certain conditions.

Section 12 of the Trade Marks Act, 1999 allows registration of identical trademarks in case of honest concurrent use. The Registrar may permit the registration of trademark by more than one proprietor which is identical or similar in respect of same or similar goods or services. The Registrar is given the discretion to register an honest concurrent user and is not obliged to do it.

John Fitton and Co. (1949) was the first international case which laid down the factors to use honest concurrent use defense. They are:

In India, Kores (India) Ltd Vs. Khoday Eshwarsa and Son case laid down the facts that are required to be taken notice while registering an honest concurrent user under Section 12(3) of trade and Merchandise Marks Act, 1958. The guidelines were similar to the conditions laid down in John Fittons Case.

Thus if a person can prove the following, he can be registered as an honest concurrent user of a trademark.

• The petitioner should prove the honesty of concurrent use.

• The petitioners should show the quantum of concurrent use regarding the duration, area and volume of trade and goods concerned.

• The chances of confusion that might result from the similarity of applicant’s and opponent’s trademarks.

• The public inconvenience or damage to public interest that might be caused due to the confusion.

• There is no previous instances of confusions that have been proved.

• The damage and inconvenience that can be caused to the parties concerned if the mark is registered.

DOCUMENTS TO PROVE HONEST CONCURRENT USE:

Documentary evidence can be produced to prove honest concurrent use under Section 12 of the Act. They are:

• If the mark is already in use, evidences to prove the time period of usage of the mark.

• Advertisements of the mark and the proofs that amount has been spent on such advertisement.

• Accounting books that shows yearly sales for goods or services offered under the mark can also be produced.

These evidences show that the consumers have been associated with the mark, and products offered under the mark by the applicant.

WHEN HONEST CONCURRENT USE NOT A DEFENCE:

Lowenbrau AG and Anr Vs. Jagpin Breweries Ltdand Anr. : The plaintiffs and defendants are beer manufacturers incorporated in Germany. The dispute was over the word “Lowenbrau” used by them for the beer sold in India. The Court held that the word means “Lions drink” and is commonly used by many beer manufacturers in Germany for a long time. The plaintiffs have not taken action against the defendants for the same issue in other countries. The court considering the quantum of sales and time period of the defendant held they were honest concurrent user and injunction cannot be granted.

London Rubber Co. Ltd v. Durex Products : The petitioner disputed the respondent for the registration of their contraceptive products on the ground that the name “Durex” is used by them for a long period and the same is renewed and valid for further 15 years. The Supreme Court ordered the Registrar to register the respondent’s product name as Durex and held volume of the user is no ground and even a small trader is entitled to protection if he is an honest concurrent user.

Goenka Institute of Education and Research v. Anjani Kumar Goenka and Another : Both the applicant and respondent had a school and have “Goneka” as its predominant name of their trademark namely “Goneka Public school and” and “G.D. Goneka Public School”. The court allowed the new registration on the grounds that 1. Both the schools were established at the same time and started using the said names, 2. One institution is situated in Delhi and other in Rajasthan, so the applicant cannot be aware of the same, lastly the applicant uses the word “Goneka” since it forms a part of its trust name. Hence it was registered as honest concurrent user.

In order to claim honest concurrent user, both the applicant and respondent have to produce strong evidence to substantiate their claims. With the advancements in technology, the Registrar has to be more conscious in granting trademarks as honest concurrent user. If two identical or similar marks can exist without any confusion or inconvenience to the consumers and owners, then the registration can be granted subject to the subjective discretion of Registrar.

PrevPrevious PostPatent assignment deed for dummies
Next PostWhat are grounds of trademark infringement in India?Next