Winding Up of Private Limited Company Incorporated in India 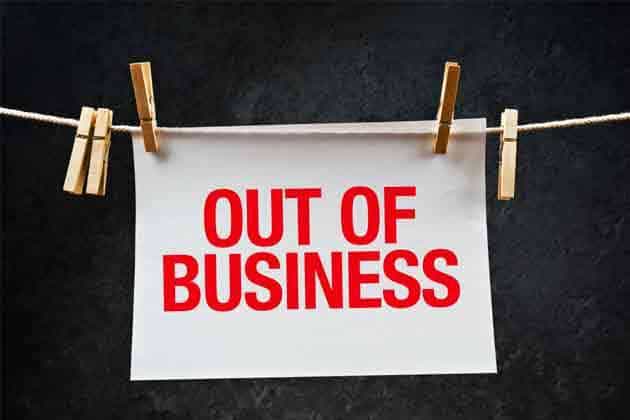 When the company suo-motto decides to wind up its activities, the procedures and requirements are even more stringent than any other kind of winding up. The main objective behind laying such stringent procedures for both the formation and winding up of a company is to discourage any kind of Malpractice that anyone could possibly involve in the guise of forming or winding up of a private limited company.

• The act requires that the 1st step involved in voluntary winding up is that bad resolution must be passed by the board of directors with the required majority supporting or rather authorizing such winding up.

• The company must also receive it in writing from the trade creditors, obtaining that they do not have any objection to the winding up of the company and the process is not done against their interest.

• The Company has to make a Declaration of solvency, showcasing the company’s credibility and ability to pay back it’s trade creditors. Once the above requirements are fulfilled, an official liquidator will be appointed by the company.

• The liquidator so appointed will make a report of the assets, liabilities, reserves, capital of the company.

• All the above-mentioned requirements and procedures should be duly documented and filed before the registrar of companies in the prescribed form. The registrar on satisfaction, shall pass an order removing the name of the company from the register of companies. It is important to note that even after the winding up of a company, the name of the company so wound up shall not be allotted or permitted to be used by any other existing company or prospective applicant for a minimum of 2 years.

A company in India that involves in any kind of fraudulent, unlawful act, Or any act that it contrary to the laws existing in India and affecting the countries internal peace, security or economy, such company would be subject to compulsory winding up by the Tribunal.

• The Company itself or

• A Contributors to the company or

• Trade Creditors of the company or

• The Central or State Government or

• By the Registrar of the Companies

The next step in the procedure for filing of compulsory winding up is that Statement of Affairs of the Company must be enclosed along with the Petition filed for winding up. All the documents enclosed along with the petition should be audited by a certified and practicing Charted Accountant along with the opinion regarding the Financial Statement. Along with the above requirements, a 14 day notice as per Form 6 must be given to the public, which might be published in the local newspaper in the vernacular language. In order to enable the Tribunal with the liquidation or winding up procedure, the company is required to file Form 11. The following are some of the requirements of Form 11:

• Surrender the assets and the documents of the assets pertaining to the company,

• Provide the date, time and place for the Company Liquidator,

• Submit complete audited books of accounts up to the date of the order.

If the tribunal is satisfied that the accounts of the company are in order and all the requirements have been satisfied and complied with, the tribunal would pass the order within a period 60 days from the date of receipt of the application there by dissolving the company. Once such an order has been passed by the tribunal, a notice will be issued in the Official Gazette by the Registrar of companies announcing to the public that such company is dissolved.

This can be considered as another kind of voluntary winding up. Sale of a company as such is usually done by selling shares or majority shareholding of the company. Though it is not precisely a method in which a company could be wound up, the stakes of the company are transferred to another company or any such entity and the majority shareholders are discharged of their stocks and responsibilities.

###4. Winding up of defunct company or dormant company

Any company which has gained the status of a Dormant Company is called as a defunct company.
Dormant company is basically a company that has been registered but is not carrying on any kind of business activity or receiving any form of income. Therefore, it is considered as dormant (or inactive)

Section 248 of the Companies Act of 2013 lays down the procedures and process for the winding up of the defunct companies.

Since no financial transactions take place in a dormant company, the law or the government per se provides certain benefits or concessions to these kinds of companies.

The fastest procedures for winding up of a defunct company is by filing Form STK-2. The form has to be duly signed by the director of the company who is authorized by its board to do so and the same must be filed with the Registrar of Companies.