Prior User under Trademarks Act, 1999 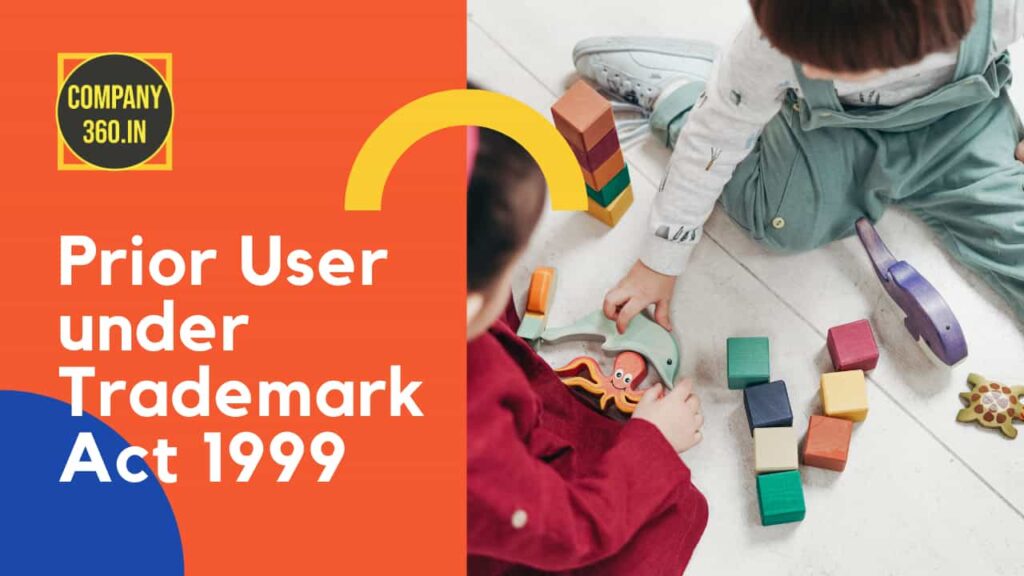 The intellectual property rights grant a person the right to have ownership over the innovations which are borne out of his creativity. Trademarks are a kind of intellectual property rights which differentiates the goods of an organization from that of others by a symbol, word or sign. Such exclusive right granted to a person includes the right to enjoy his innovations and exclude others from using it without permission. Trademarks have become an essential component of businesses today in marketing their products as it prohibits the other competitors from using their marks or signs. Also, there can be confusion with regard to brand and trademarks. There is a slight difference between the two as the brand name is essentially a logo or symbol but a trademark is much wider as it implies a ‘distinguishing sign or an indicator ’ of the business and the general people mostly identify a particular brand by its trademark, i.e., the sign or the symbol. Thus, a brand is always a trademark but a trademark does not always mean a brand. However, there is an exception to the trademark. It is known as ‘prior user’. A prior user simply means a person who is using a similar trademark even before the registered proprietor of trademark and the law recognizes the prior user’s rights before the registered proprietor. The article analyzes the concept of ‘prior user’ and the rationale behind giving protection to such a user.

###Rationale behind recognizing prior user’s rights over the registered proprietor-

Under section 28 the enterprise which gets its trademark registered gets an exclusive right to exclude others from using the same and the protection is granted for a period of 10 years as per the Trademarks Act, 1999. This Act is a ‘sui generis’ legislation in India which recognizes the right of a registered proprietor. Even then it is an established principle to protect the prior users as they were using similar trademark even before the registered proprietor. The basic concept of Intellectual Property Rights is to give benefit to the original owner for his creativity. But when it comes to trademark it may happen that an enterprise gets its trademark registered without having knowledge of a prior user of a similar trademark, in such cases, the law simply recognizes the prior user’s rights over the other.

###Statutory provision regarding ‘prior use’-

According to section 34 of the Trademarks Act, 1999, “the proprietor of the registered trademark or a registered user cannot interfere with the use of any identical or similar mark if the person has been using the mark from an earlier date.”

The requirements for acknowledging the rights of a prior user include the following;

Now let’s examine the word ‘use’ to understand the concept better. According to section 1, the Trademarks Act extends to the whole of India. So it is clear that the word ‘use’ is only in relation to usage in India and not anywhere else. A similar ruling was held in the case of Aktiebolgat Jonkpoing Vulcan v. Palanichamy Nadar where the term ‘use’ must be in relation within the territory of India. In the case of Kores (India) Ltd v. Whale Stationary Products ltd , the plaintiff was an Indian company who filed the suit for infringement and passing off against the defendant a company registered in Austria and selling its products to several other countries including India. The defendants took the plea of prior use as they were selling products even before the plaintiffs in India. Even though it appears that the defendants are right the court held otherwise owing to the extra-territorial use and lack of evidence to prove prior use in India.

However, there is an exception to the above said rule. It is known as trans-border reputation. It means that if the proprietor from outside India proves that he has sufficient goodwill and reputation in India for his products that it can outrun the proprietor in India, the use under section 34 is relaxed and the person is entitled to be a prior user.

In the Kores ltd. the case we came across the term ‘passing off’, now what exactly does this term mean? It means an unauthorized use by a person not being a prior user of an identical or similar mark to tarnish the goodwill of the prior user. In such cases, the real owner or prior user under section 27 can initiate a suit against the person who misrepresents the mark and makes the general people to believe that both products have the same source. For example, in the case of Shambhu Nath & Brothers v. Imran Khan , the petitioners adopted the trademark ‘TOOFAN (Device) in 1987 and the registration was granted in April 2012. Later on, the respondent applied for registration of the trademark ‘SNJ TOOFAN’ claiming use from 2016. The court observed that the respondents have a deceptive trademark and when the respondent was trying to file a pass off against the petitioner the court ordered for an injunction against him.

The prior users are protected against passing off under Trademarks Act, 1999. In order to avail this right, it needs to be established that there is an overall similarity between the two marks and that such similarity is likely to cause confusions in the minds of the general public which ultimately leads to the incurring of damage or loss to the prior user. Thereby, it is advisable that the enterprises which seek to register its mark to run a check over any existing and identical marks in the market. Thus, the prior use under section 34 of the Act can be used as an essential defense in infringement disputes.