What is Copyright Infringement? 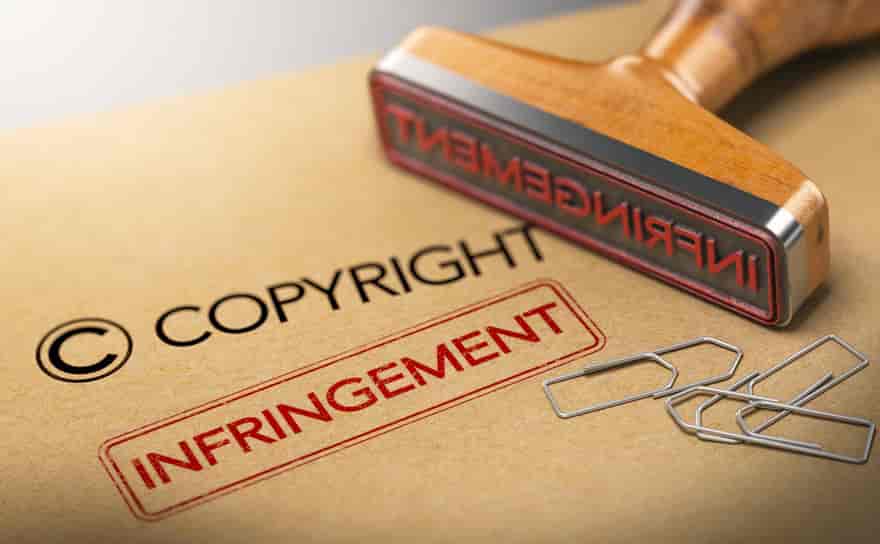 An individual’s work has the right to be protected under The Copyright Act, 1957. Stealing someone else’s work is illegal and so is copying it. To protect one’s original work, this act was introduced. It comes under Intellectual Property Rights. Copyright protects variety of works such as write ups, artistic work, products, content, songs or even films. A person creating original work can protect their work under the aforementioned act.

Copyright Infringement basically means using or copying someone else’s work as your own without the owner’s authority or consent. However, Section 53 of The Copyright Act, 1957, states,

“The following acts shall not constitute an infringement of copyright, namely,—

(a) a fair dealing with any work, not being a computer programme, for the purposes of—

(i) private or personal use, including research;

(ii) criticism or review, whether of that work or of any other work;

So, it will not be considered as copyright if it is used for some personal purpose; for criticism and for usage in delivering current affairs. Other than these stated situations any other act can result in a suit against the party as it takes away from the original work of the artist and deprives him of the profits thereof during the subsistence of copyright protection. The term of a copyright is not unlimited, it is limited and its term is throughout the life of the artist whose work is being copyrighted coupled with 60 years after his death.

Now let us proceed to understand concept of infringement in view of cinema. There have been many cases of copyright infringement in the past relating to songs and movies.

The landmark case of R.G. Anand v Delux Films is quintessential to mention here. Wherein, There was a play called Hum Hindustani written by R.G. Anand; the movie New Delhi was said to be a copy of the play made by the plaintiff. The court held that although some parts of the movie were similar but there were some other things that were completely different. Thus, it was not an exact copy of the play. The judgement was in favour of the defendants as they managed to present that the movie was not a copy and was original. The court also observed that copyright can only be filed for copying and executing the same idea not for the idea itself but its publication or expression too.

When the case is taken to court, the court looks at various aspects like:

• If the defendant had access to the original work of the author;

• The similarity index between the original work and the alleged copyrighted work.

Extrinsic approach is when the court observes the fundamental ideas that could have caused the infringement. This methodology compares the ideas, the original work and the alleged infringed work. Intrinsic approach is where the similarity is matched with respect to expression or publication of both the works.

This term is not given in the copyright act, so it is more of a concept. Moreover, this is helpful as it helps the court decide the cases of infringement.

Now, let us proceed to understand what may not constitute infringement, before that it is important for us to understand the concept of Adaption in copyright.

Adaptation can include advancing or modification of the original work. The owner consents to the same. There cannot be an adaptation of an adaptation. Romeo and Juliet was written by William Shakespeare and it was later adapted into a play and a movie. Adaptation is not as same as a remake. Directors make a movie saying it is a ‘remake’ of another movie in another language. At first, this practice was not given much attention but as people saw that through this movie ideas were being stolen and expressed too, this has now expressly become illegal. It is only legal if there is an agreement to do the same; no agreement can pave way for suits.

Hence, under the umbrella of adaptation one cannot take on illegal activities like infringement and unlicensed remakes.

The director of the latter denied even knowing Zindel’s play. The court noted that although there were a lot of similar elements in the movie from the play but it however, did not constitute a copyright infringement.

In 2016 a Bollywood movie called, Baaghi was being released. XYZ Films accused Baaghi’s climax to be similar to that of Raid: The Redemption. The climax included the hero fighting the villain. The plaintiff wanted the court to issue an injunction against the defendants to stop the movie from releasing.

The court ruled in favour of the defendants as they found the hero-villain fighting plot to be very general in almost all the movies.

Namastey London, released in 2009, was accused of being a copy of the Bengali movie ‘Poran Jaye Joliya Rae’. The plot line was similar and the plaintiff’s sought injunctions based on two cases namely, Star India v Leo Burnett and Zee Entertainment v Gajendra Singh.They also relied on the Total Concept and Feel approach as mentioned before, to gather that the plot of the movie is similar.

The Calcutta High Court at the time held that the movie was indeed similar and issued an injunction. There was prima facie infringement.

Copyright infringement is illegal and there can be dire consequences to the same. People do get around the law and try to get rid of the infringement by removing some similarities which fails the infringement test. This is a gross ethical violation. The owner(s) of the original work must be recognized and awarded their profits from the same.