What is Corporate Identity Number (CIN)

PrevPrevious PostWhat is Trademark passing off?
Next PostWho can file patent for you in India?Next 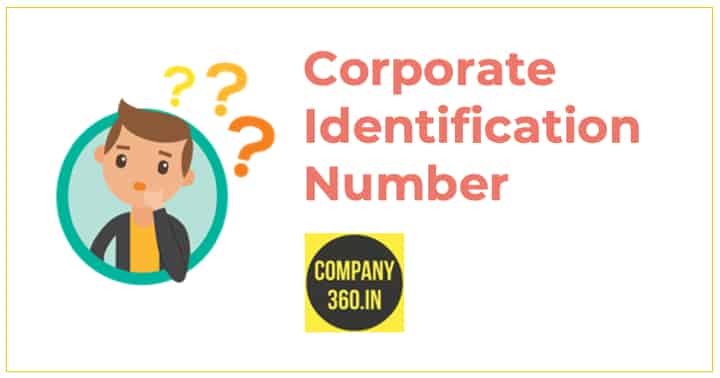 What is CIN number ? how to check company details in India?

Corporate Identity Number or CIN is a distinct identification number for the company allotted to the company in India by the Registrar of Companies (ROC) under the Ministry of Corporate Affairs (MCA) upon its incorporation. It is generally a 21-digit alpha numeric code which is unique to every company whether listed or unlisted. Prior to the introduction of CIN for the purposes of identification of a company, the registration number with which it was registered with the ROC along with the state in which its registered office was located, was used as a code for its identification. However, the present-day version of CIN was adopted as it provided more precise information regarding the company.

The Corporate Identity Number has 21 components all of which correspond to some information about the company. The first component is an alphabet- either ‘L’ or ‘U’ indicating whether a company has been listed on a recognised stock exchange or it is an unlisted company, respectively. The next 5 components of the code i.e. 2-5 are numeric components which are the industry code of the company. These represent the main business carried out by the company in consonance with its main object as derived from the object clause in the memorandum of association (MOA). Next, 2 alphabets i.e. 6-7 denote the state in which the registered office of the company is located. Then, 8-11 are 4 numeric digits which depict the year of incorporation of the company. The next 3 alphabets i.e. 12-14 refer to the status of the company. For example, PLC refers to a public company while NPL refers to a company incorporated with charitable objects. Finally, components 15-21 which are the last 6 numeric digits are the registration number of the company.

CIN is the digital identity of the company. Its significance lies in its structure which provides a host of critical information about the company including its listing status, its business activity, its primary place of operation, year of establishment, type of company and finally its registration number. The use of CIN also facilitates the tracking of all the activities of the company by the ROC. Furthermore, CIN number is mandatorily to be printed on all publications of the company which includes its websites, e-mails, etc. putting CIN largely in the public domain and thereby making basic information about the company available to the public at large.

The CIN of a company can be changed or rather changes upon the occurrence of certain events. These events mainly refer to any changes in the components of CIN. The CIN of a company would change, for example, when its listing status changes. The CIN would also change when the company moves its registered office to a different state or delves into a different industry or business activity. Lastly, the CIN would also change if the type of the company changes, for example, if it converts to a public company from a private company.

The CIN of a company is a unique representation of the company digitally. It is of great significance in today’s corporate world which is functioning virtually through the internet during this COVID-19 pandemic. The CIN works as an easy access point for the public and the ROC who can just enter this alphanumeric code to retrieve the information or the company itself who need not feed certain information again and again on e-forms by simply entering the CIN. Finally, it can be obtained on the website of MCA by selecting a company’s name, as and when required.

PrevPrevious PostWhat is Trademark passing off?
Next PostWho can file patent for you in India?Next