What is Trademark passing off? 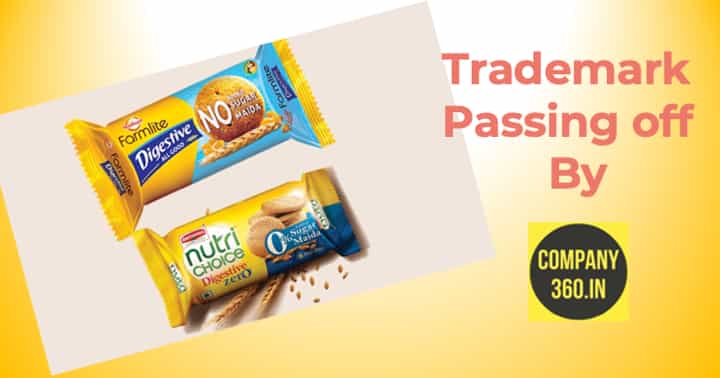 Introduction to what is Trademark Passing Off

A trademark in reference to goods conveys to the public and specifically to the consumers about the origin and quality of these goods, thereby acquiring reputation within the course of business and time. Therefore the concept of a trademark is that the foundation of one’s business to differentiate from others. A good trademark is usually the salesman of the products and a visual symbol of goodwill and stamp of quality. Every businessman who has spent considerable amount of cash making his mark popular will attempt to secure it from usage by unscrupulous competitors. Protection of trademark is vital not only from the business point of view but also for the protection of consumer from fraud and imposition.

The law of passing off is applied to several sorts of unfair trading and unfair competition where the activities of a person causes damage or injury to the goodwill associated with the activities of another person. The object of law of passing off is to protect some form of property which is usually the goodwill of the plaintiff in his business or his goods or his services or in work where he produces. The goodwill of business is ordinarily represented by a mark, name, get up or another badge. Passing off is a form of tort. The test of passing off requires a misrepresentation made by a trader to his prospective consumers with having a reasonable foreseeability of his actions resulting in damage to the business or goodwill of the other trader.

Three Elements of Trademark Passing Off

Goodwill: It is that of the benefit and advantage of a reputed name and connection of a business. The goodwill has the power of attraction which is sufficient enough to bring customers .A passing off action proves to be a remedy for the invasion of a right of property of business or goodwill likely to be injured by any actionable misrepresentation, not in the name or get-up itself. A reputation generated among a few people won’t do. There must be a considerable number of potential customers although not necessarily a majority.
The action of passing off lies where there’s a true possibility of injury of goodwill to some business or trading activity. Therefore, the plaintiff has got to establish a goodwill in his business or his goods or services with which the trade or public are going to be led to associate with the defendant’s activities.

Damage: The plaintiff must demonstrate that he suffered or in a likely to suffer damage by reason of the error endangered by the defendant’s misrepresentation that the source of the defendant’s goods or service is that the same because the source of those offered by the plaintiff. In a passing off action, damage is presumed even though there’s likelihood of deception.

Defences to Trademark passing off

• The plaintiff is guilty of acquiescence, latches, etc. or the defendant has prior used the mark

• The defendant’s use of the mark is that the real description of the character or quality of products or services. However, the defence of the name being ‘surname’ or ‘personal name’, though available to individuals

•The field of activities of the parties are completely different

•The defendant is using the Plaintiff’s mark by way of a license. Under Section 12 an honest concurrent user would be protected. Under Section 30 (2)(c)(i), a defence can be to state that the proprietor of a registered trademark has expressly or impliedly consented to the utilization of the said trademark by the defendant. This defence, if laid, would need
a trial

• The defendant may plead that the plaintiff has abandoned his mark which the defendant has either already moved for rectification of register for removal of mark or proposed to do so. Where a mark is abandoned, it can become common to trade

The gist of the conception of passing off is that the goods are in effect telling a falsehood about themselves, are saying something about themselves which is calculated to mislead. The law on this matter is meant to guard traders against this sort of unfair competition which consists in acquiring for oneself, by means of false or misleading devices, the benefit of the reputation already established by the other trader.