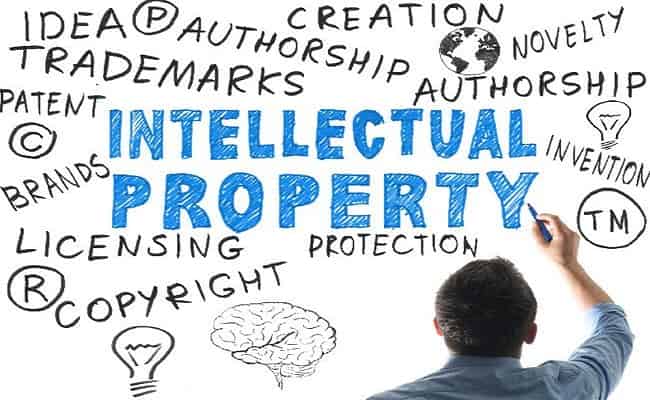 In India, the Intellectual properties are majorly divided into 5 types. Such as patent, copyright, design, trademark, and GI.

Patent is a protection given to an invention or inventive step made by human and exploiting the same for the commercial purposes. Patent also protects and confers right to the patentee (i.e the one who patented his invention) for the exploitation of the invention for commercial purposes and from infringement as well. It further restrains others from infringing the patented inventions and preserves the rights of the patentee. However, in order to attain patent rights, the patentee has to disclose the invention or inventive step, and it has to satisfy the three criteria namely novelty, non obviousness and it should be useful in some or the other way. In Indian legal system patent protection is regulated by the Patent act, 1970 and patent rules, 2003 and for the international regime the Paris Convention and Patent co-operation treaty sets the guidelines and renders the protection to patentable subject matters.

Copyright is a bundle of rights given to the creators of various works like dramatic, musical, cinematographic, literacy, artistic and sound recording. However it also protects the works of reproduction, broadcasting, cover version etc. In order to get protection under copyright the work has to be original and it be expressed in any form however, mere idea doesn’t get any protection. In India, the protection in respect to copyright is served by Copyright act, 1957 and Copyright rules, 1958 and in the international level the Berne convention rules are applicable to it.

Design is the protection given to the goods or things with unique designs or pattern or layout and which makes it distinctiveness from other similar goods. It has to satisfy the criteria of novelty and it should be applied or been on a thing which should be useful for some purpose. In India we have Design act, 2000 and Rules, 2001 and in International level we have Hague agreement to protect the design rights.

A Trademark defines itself by its name; the mark used for the trade of goods and services. Since the goodwill and reputation of any goods or services will be denoted on the mark or name of the goods or services, in order to protect such rights, the trademark protection were given. Hence, by registering the trademark the registered proprietor will get exclusive right over the trademark and can restrain other from using such mark in order to trade on reputation of the registrant. Trademark is a right available to protect the logo, name, label etc. which used to make their brand well-known in respect to their goods and services. Trademark has to satisfy the criteria of non-descriptive, non-generic, not identical or same or similar to any other mark, and should not directly indicate the nature of the business. However the prior user always gets the advantage over such mark. In India, we have Trademark act, 1999 and Trademark Rules, 2002, and in the International level we have the Madrid system, 1891 and the Madrid Protocol in respect to Trademark.